A Lamp made with traditional Oil-Paper Umbrella

Umbrellamp from Hamburg-based Xian Studio is an ambient lamp made out of bamboo and oil-paper, inspired by the TRADITIONAL CHINESE OIL-PAPER UMBRELLA, a smart craft invented since more than 1000 years ago. This invention has been protecting people from rains through the history, with its ancient wisdom and elaborately elegant body. Generations of craftsmen preserve it for decades and centuries. However, the new always take the place of the old. As a product it is dying, but as a craft it is valuable culture heritage that contains the mystery whisper of the most authentic ancient Chinese aesthetics.

A quest to discover the power of traditional culture and aesthetics, and to help preserve the precious ancient cultural heritage. In 2015, we started an academic study about traditional CHINESE OIL-PAPER UMBRELLA, which is an craft that has been existing for more than 1000 years. Diving deeply into this craft, we were amazed by its elaborate craftsmanship, simple look, and heavy culture. However, we were so worried about it because this lovely craft is actually dying. The rise of modern umbrella has made Oil-paper Umbrella no more desired, and young people are no longer willing to learn this exhausting skill that does not earn money. Most of the umbrella maker left are 60-year-old or more. As Chinese young designers, we fell obliged to do something to rescue this valuable heritage. We want to redesign this product by combining modernuse with ancient craft; we want to inject new possibilities to this industry to help preserve it.

Since nowadays, we have more convenient umbrella, we decided to design something different and ambient lamps are always needed. And the combination of bamboo and oil paper can automatically bring you such a “Zen” mood.

We managed to adopt all the materials and structures used in a traditional umbrella to the lamp, including the bamboo ribs, oil-paper cover, stringing on the top and bottom, and the umbrella structure. Other than that, we added brass and other details to make it fit modern aesthetics too!Liu Chang, Xian Studio Founder

The Umbrellamp is more than an ordinary lamp. Its refined retro look makes it an elegant artwork that adds color to the environment, but is not overwhelming either. It can also fit in many interior design styles, and bring perfect fusion of cultures. In this busy world, we sometimes need a quiet and harmonious environment for a rest both physically can mentally.

Umbrellamp can nicely and create this for you with its warm and gentle light. Although this lamp has very typical Chinese aesthetics, it is surprisingly fit in many interior design styles, and the fusion of western and eastern style will sometimes bring unexpected.

If you are interested in supporting this project, you can see the Kickstarter campaign – here.

The Budapest Café in Chengdu, China by Biasol 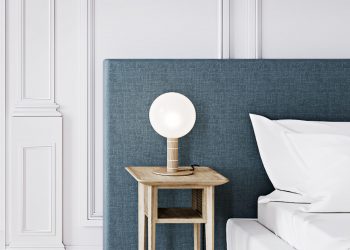 Kyoto is a calming, Asian inspired lighting family that will provide a sense of Zen to any interior. Made from bamboo and opal glass, the family comprises two table lights, floor light, pendant and wall light.... 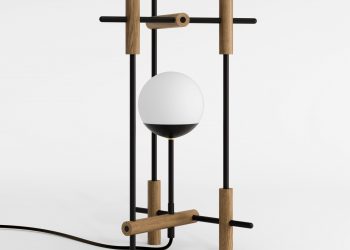 The Tanjun collection has been created by the Polish designer Tomasz Kudelski and the Japanese artist/designer Kaito Yamada. This unusual collaboration has resulted in a collection of lighting that draws inspiration from Japanese culture while maintaining... 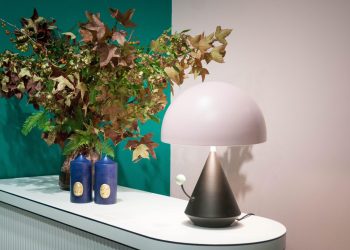 In the tradition of Maison Dada’s imaginary, one might think that this delightful piece hails its name from the indescribable surrealist artist Salvador Dali. When it is in fact an ode from Designer Thomas Dariel to... 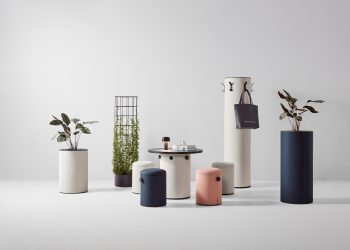 Since antiquity, the pillar has been used as support for buildings but also as ornament and monument. dB Pillar includes tables, stools, and pillars in various heights. Several pillars with different additional features are available: pillars... 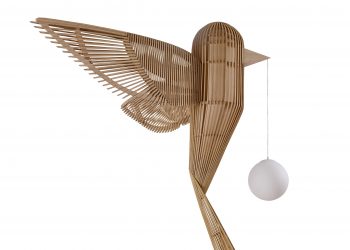 Created by the illustrator and designer Isidro Ferrer and built using a traditional craft technique called vareta, Big Bird is a masterly feat of wood craftsmanship. While light radiates from Big Bird’s wooden plumage, a wood... 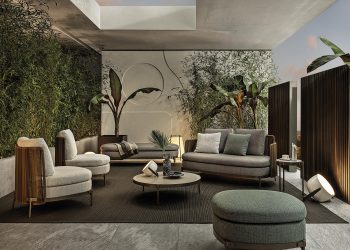 The Tape family of seats naturally evolves, incorporating items for the outdoor environment that maintain the undeniable elegance of the forms and concepts of the design, and add a few welcome variants that embrace the concept...

The Budapest Café in Chengdu, China by Biasol

Oscar Sofa by Oliver Hrubiak for And Then Design